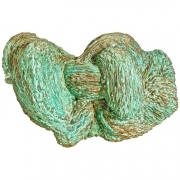 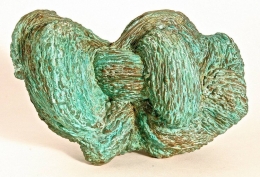 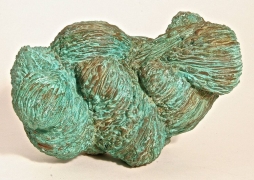 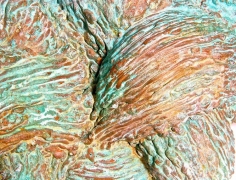 This is one of a series of patinated welded bronze sculptures that Bertoia did in the 1960s and 1970s. His work almost always has an organic quality to it and this piece is an excellent example. 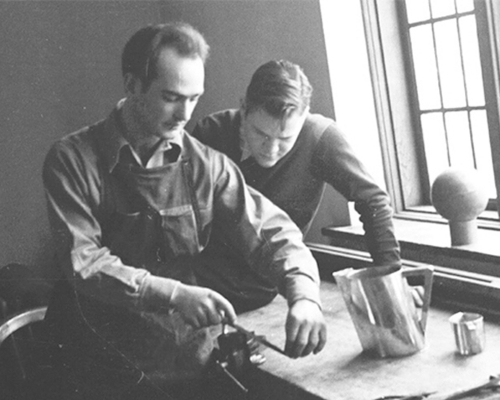 Arri Bertoia was born on March 10, 1915, in the small village of San Lorenzo, Friuli, Italy, about 50 miles north of Venice and 70 miles south of Austria. He had one brother, Oreste, and one sister, Ave. Another sister, Ada, died at eighteen months old; she was the subject of one of his first paintings. Ave insisted her brother preferred to draw over doing his chores.

As a youngster, the local brides would ask him to design their wedding day linen embroidery patterns, as his talents were already recognized. He attended school in nearby Arzene, Carsara, until grade 5. An art teacher from a neighboring town proffered a few drawing lessons, but soon told his parents that Harry was too talented for him to teach him anything else. He suggested further training in art, perhaps in Venice or maybe America? Harry, at age 15, was presented with a daunting decision. 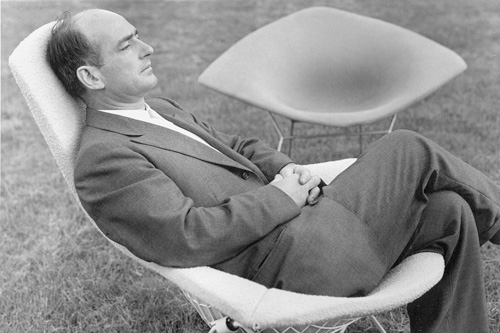 In 1930 Harry chose to move to Detroit where his brother Oreste was already established. Upon entering North America, his nickname of Arieto (little Arri) was altered to the Americanized Harry. He had to learn English and history at the Davison Americanization School. Other lessons, many by trial and error, involved using public transport, learning advanced math and munching on hamburgers.

Bertoia attended Cleveland Elementary School to catch up in basics. He then entered Cass Technical High School, a public school with a special program for talented students in arts and sciences. In 1936, a one-year scholarship to the School of the Detroit Society of Arts and Crafts allowed him to study painting and drawing. He entered and placed in many local art competitions, said to be the most awarded student up until that time.