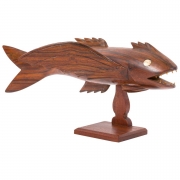 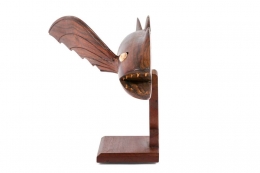 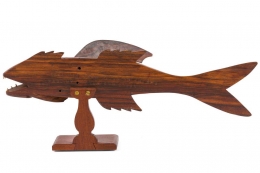 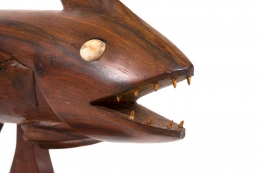 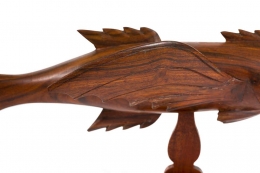 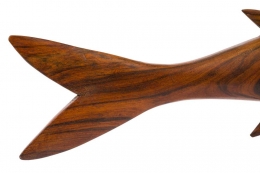 Carved by the descendants of Fletcher Christian (1764-1793), the master’s mate on the HMS bounty. On 28 April 1789, Fletcher Christian led a mutiny on-board the bounty and from this point forward was considered an outlaw. Fletcher Christian and eight other men settled on the island. Several generations later the islanders, although proud of their ancestry are somewhat indifferent to the saga of 'the Mutiny on the Bounty' that has fired the imagination of the rest of the world. They supplement their modest incomes by making carvings from miro wood, harvested on the coral atoll of Henderson Island, one of three other islands belonging to the Pitcairn group.