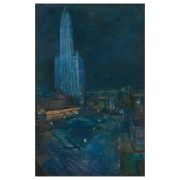 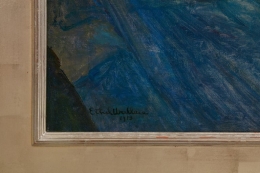 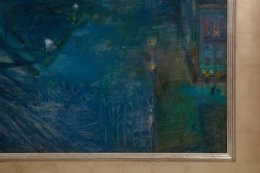 Wallace began her art studies as a young girl in New Hope, PA. There she developed a talent for painting still lifes and landscapes at an early age. By the early 1920s Wallace had established a studio in Greenwich Village. A stay in Europe with successful exhibits in England and France, which received favorable reviews, made her a celebrity. Wallace exhibited at the Pennsylvania Academy of the Fine Arts, the Corcoran Gallery of Art, the Art Institute of Chicago and the Whitney Museum of American Art.